Understanding inflammation allows you to influence your health positively by making informed lifestyle choices. And while you hear the term inflammation often enough, there’s still a lot of confusion about what it actually is. Unfortunately, what you don’t know could be hurting your health.

It might surprise you to learn that inflammation is actually a very positive and needed process for the body. You can’t have optimal health without inflammation. It is the body’s natural process by which it restores, repairs, and maintains the body’s cells and tissues and therefore your health.

While it is true that the immune system plays a role in protecting the body from infection, by recognizing foreign invaders (bacteria, viruses etc.), killing and eliminating them, it also polices the body’s own tissues. It works constantly to identify altered-self cells, cells with genetic mutations, damage, injuries, etc., and eliminate them before they can create disease. Only when the immune system can’t control a threat do we experience disease. The actions that the immune system takes to restore the body is called inflammation. This is why all diseases are associated with inflammation. It’s the body’s own defense and repair process at work. But you might be wondering, if inflammation is normal and helpful then why can it be so bad for our health?

Inflammation plays a key role in infection and injuries but also in cancers, autoimmune, neurodegenerative, and cardiovascular diseases, depression, diabetes, and many other diseases and disorders. When the inflammation process proceeds normally, the body returns to a healthy state but when it is interrupted or prevented from completing the repair process, chronic diseases ensue. If inflammation persists for too long it can create disease itself. What! Yes, the process of unresolved inflammation can lead to disease and this is the type of inflammation we are most concerned about. Fortunately, much of this type of inflammation can be influenced by our lifestyle choices. So let’s get clear on the differences.

There is a lot of confusion surrounding inflammation. In part, this comes from the fact that we use one word to describe a biological event with many outcomes. But it can be categorized into three subgroups: acute, chronic and low-level chronic.

Most everyone is familiar with acute inflammation. It’s the type of inflammation associated with infections and traumas. It’s triggered as a result of injuries like a paper cut, bumping your head, a sprained ankle or a broken bone or as the result of infections caused by microbes like bacteria or viruses. It has a rapid onset and lasts for a limited time, hours to days depending on the amount of tissue damage or extent of infection. AI associated with a traumatic injury has four hallmark symptoms that include pain, redness, swelling, and heat. In addition, AI associated with infections may also include symptoms of fever, body ache/pain, and fatigue. When treating most AIs, the intention is to make the individual comfortable rather than trying to eliminate the actual inflammation. In some rare cases, however, AI can become life-threatening and stopping the process is critical. Two examples of this are anaphylaxis and sepsis, conditions where there is too much of an immune response.

Not everyone has experienced chronic inflammation but for those that have, it can be frustrating at best and very debilitating at worst. As the name implies, this type of inflammation is not quick to resolve but rather persists steadily or occurs in repeated flare-ups. The most common symptom is pain or discomfort, sometimes accompanied by swelling, redness or heat but not all four at one time (otherwise it would be considered AI!). Osteoarthritis is an example of CI; the symptoms are typically joint pain with occasional joint swelling. Examples of other types of CI include the symptoms of diseases like ulcerative colitis, asthma, allergies, and many autoimmune diseases. In cases of CI it can become difficult to distinguish between the symptoms of the disease and those directly related to the inflammation but if there is disease, then you can be sure that there is inflammation. Similar to AI, CI treatment includes making the individual comfortable but in some diseases, where the inflammation is more extreme or persists consistently, more aggressive therapies are needed. These therapies include immunotherapies that interfere with specific steps in the inflammatory process or the use of steroids that suppress the immune system more extensively.

I’m distinguishing chronic and low-level (or sometimes referred to as low-grade) chronic inflammation (LLCI) because I believe that there is a tremendous amount of confusion specifically around these types of inflammation and their relationship to disease. Part of that confusion is because CI is often used when LLCI is really meant and they are very different in how they impact our health. Understanding LLCI is imperative to your health.

LLCI is defined by its lack of symptoms (Time Magazine dubbed it the “Secret Killer”) This inflammation flies under our radar of detection until it manifests itself as a disease. Probably one of the most well defined diseases associated with this type of inflammation is cardiovascular disease. Most people never feel any symptoms of cardiovascular-associated inflammation until they have a major episode like a heart attack or stroke. Obviously, this is what makes LLCI so dangerous. Other diseases directly associated with this inflammation include diabetes, depression, some types of cancer, Alzheimer’s disease and even aging. It’s likely that many other diseases will be linked to LLCI in the coming years.

LLCI is a good-news/bad-news kind of health problem. Bad, because it lacks symptoms so it can be difficult to address early on. Good, because most low-level chronic inflammation is associated with our lifestyle choices, something we have control over. Depending on the source, an estimated 50-90% of all heart disease is related to lifestyle choices. There are some blood markers and other metrics that can suggest the risk of LLCI but no definitive single diagnostic. These markers and metrics include; blood pressure, body mass index, C-reactive proteins (CRP), blood sugar levels, and cholesterol/triglyceride lipid panels just to name a few. Your risks of having LLCI are greatest if you are in the “high” zone for several of these measurements.

Why does inflammation create disease?

The inflammatory process, regardless of the type, is a multi-step process that involves thousands to millions of cells and even more chemical signals. During this process, the local environment changes completely from the norm and as part of the repair process, many healthy cells are destroyed or altered. You can think of this like a kitchen remodel. Before you get your new beautiful kitchen, your contractor is going to have to do some damage to your existing kitchen, like tearing out the cabinets, ripping-up the flooring, etc. As long as the repairs get done and everything is restored, there isn’t a problem. However, when something interferes with the normal repair and restoration steps of inflammation, damage to the normal cells continues. When enough cells become damaged, it manifests as disease. The type of disease and symptoms depend upon where the damage is taking place.

The biggest culprit in inflammation-associated disease is LLCI. This type of inflammation can go on for years without notice until it finally does enough damage to create the symptoms of disease. At this point treatment isn’t just about managing the inflammation, it becomes one of treating the new disease it has caused. Of course, eliminating the cause of the LLCI is also important so it doesn’t continue to do damage. CI can also contribute to the progression of a disease. Many times diseases associated with CI start with LLCI but, not always.

The Promotion of Low-Level Chronic Inflammation

The things we do in our everyday lives can promote LLCI by either creating a reason for it to start or by interfering with our body’s normal resolution function. I call these the four pillars of health and they include nutrition choices, how much we exercise, our ability to cope with stress, and how well we sleep. These four lifestyle pillars have the greatest impact on LLCI and can also influence the worsening or progression of chronic inflammation. I have written before on the effects of micronutrients and stress on inflammation and my forthcoming book, Do Your Body a Favor: 7 Steps to Prevent Disease and Maintain Your Health also addresses the four pillars of health in depth.

Most inflammation is good. It helps you eliminate bacteria, viruses, and altered-self cells that would otherwise lead to diseases. But CI  and LLCIs can undermine your health. CI can lead to the progression of diseases while LLCI can go undetected until it manifests as a serious disease. Often it’s what we do in our everyday lives that promotes LLCI and makes CI worse.

Until next time, stay well!

6 Thoughts on “What is Inflammation?”

This site uses Akismet to reduce spam. Learn how your comment data is processed. 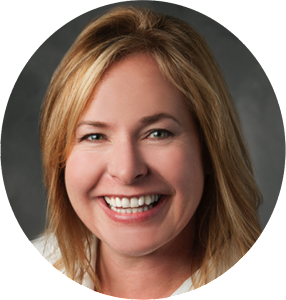